It’s amazing that the amount of news that happens in the world every day always just exactly fits the newspaper. – Jerry Seinfeld (1954 – )

She looks stunningly Eurasian, she sounds antipodean and yet she was born in Malaysia; raised in Australia, she has now returned to offer her services to assist in improving the Healthcare Services available in the public Hospitals as well as to the children of Penang.

May was born in Penang on the busy side steps of a cafe’ shopfront in Kimberley Street, Penang home and work place of the Chow Family, Mrs Chow helped May’s Mother deliver her into this world before May’s young Mother died giving birth to the baby girl with eurasian eyes and golden hair. A passing lady who witnessed the birth along with the police took May into the Penang General Hospital.

After several days under observation the same lady who had witnessed May’s birth took her from the hospital to be cared for at Rumah Kanak-Kanak, Taman Bakit, Jebatan Kebajikan in Kepala Batas, which is over the bridge towards Butterworth. Jebatan Kebajikan is the Malaysian Government welfare centre. Thus, May became a ward of state, “one of the lucky ones!” as May would say.

She was the 95th child to enter through the security gates at Kepala Batas in that year.

It was to be another 4 years before May’s fate was to change in a positive and profound way, the day she was adopted by Dr. Ng and his wife. The family eventually moved and Dr. Ng went on to practice as a GP in Sydney, Australia.

May always had big dreams of being a performer or a humanitarian. She attended schooling at the MacDonald College of Performing Arts in which she excelled in ballet and art. It has always been instilled in May to assist humanity since at a very early age; she would often follow her Father to emergency house calls. Progressively, she became aware of the importance and honour of her Father’s line of duty, saving people’s lives and attending to those in need.

They say that Nature will be outdone by Nurture and her new family has gone on to prove that helping out through medicine definitely runs in the family with a GP father and her brother who went onto become a well-respected cardiologist in Sydney himself.

May returned to Malaysia to find her “4 lost years” and whilst visiting family in Penang reacquainted herself with her roots. She was dismayed with the disparity of healthcare between her adopted country Australia and her place of birth, Penang.

May started her eventful journey by first volunteering to improve the customer relations healthcare services in Penang Adventist Hospital/ Penang General Hospital and whilst being in Penang during her first month May decided to spread her wings to widen her quest in extending her resources and interest to children who are least privileged.

She decided to take time to see what could be done to give a voice to the people that were going through a system that she had so luckily escaped. What if? Must have been going through her mind when confronted with the hardships of a public healthcare system that did not offer what she had grown accustomed nestled in the bosom of her family in the affluent society of Sydney.

It has to be said that the public healthcare system in Malaysia may not compare with western societies but it is leaps and bounds ahead of many of its fellow Asian counterparts.

What May is hoping to achieve is to raise the standards to an even higher level and to let people know what they can receive. What most people point out when they write about May is that she works with orphans and children in need. This is true she does but she also is working to improve the public healthcare systems resources and better meet the people’s healthcare needs.

She does not get paid for her good works but has taken a voluntary role with the General Hospital of Penang as Customer Services Ambassador. She could be considered the human face of medicine, merging the necessary care with a regard for the feelings of the patient.

May also hopes to promote the good work that volunteers do and would like to shine a spot-light onto these unsung heroes who work tirelessly without monetary gain and often without recognition of their good deeds.

May is not easily daunted and it is her persistence and resilience in the face of adversity that makes her stand out from the crowd.

All of May’s efforts are driven to help these less fortunate amongst us and she is hoping that the more affluent amongst Penang’s society will join her by contributing time, food or goods to assist in her mission of aiding the less fortunate in Malaysian society.

We wish to thank May for bringing the spotlight onto these issues, for encouraging support by raising awareness and developing support mechanisms to the healthcare system and orphans and children in need of care.

Steve and I were in heated discussion and brainstorming mode the other day. We were debating the Chief Minister’s desired ‘No Car Sunday’ policy.

What a great way to help preserve the beautiful environment of Penang, especially in Georgetown. Imagine a day without cars, where you can freely walk and soak up the colour, aroma’s and vibrancy of this very special city.

I grew up with Car-less Days and know the real difference they can make, and Steve, on one of his many trips to Bangkok, discovered that this city of Angels and smog had a brilliant tourist attraction that was FREE. Multiple collection and drop off points for a city-centrewide bicycle campaign for tourists to use to get about from one attraction to the other. What a gem – convenience, cost-effective (very), fun and healthy at the same time.

END_OF_DOCUMENT_TOKEN_TO_BE_REPLACED

Apoligies for the picture quality but I had a bad Camera Day!!!

Man. U were playing Liverpool and the crowd really were getting into the Spirit(s)!!

END_OF_DOCUMENT_TOKEN_TO_BE_REPLACED

8 October 2011 marked another great milestone for Hard Rock Hotel Penang in its brand commitment towards philanthropy. This time round, the hotel was shrouded in a pink vibe! In conjunction with Pinktober®, the hotel’s weekly Ultimate Foam party was brightened up in pink with a “Cotton Candy Tub” theme. To add on to the atmosphere, party goers attended the event in pyjamas as a support for this cause.

END_OF_DOCUMENT_TOKEN_TO_BE_REPLACED

Finnegan’s Irish Bar & Restaurant is located opposite the marina at Straits Quay and a more picturesque setting could not be found.

Finnegan’s has a capacity of around 400 people and 150 of this is outside overlooking the yachts and cruisers moored in the marina with views over to the mainland and the hills beyond. Straits Quay really comes alive at night visually and literally.

END_OF_DOCUMENT_TOKEN_TO_BE_REPLACED 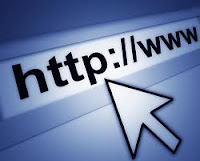 We all know in business that if you want to sell your services or products then you need to advertise in one form or another. Traditionally before the internet came along you would invest in a prime position for your physical real estate space (Shop) or you might decide to go for a less trafficked area to reduce the costs and advertise in print, radio or TV. 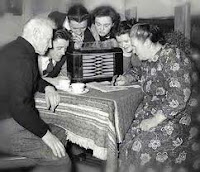 If money were no object then we would all like to be positioned in the ‘High Street’ AND have the print, radio and T.V. advertising but unfortunately money invariably IS an objection so we always need to compromise our ideals.

With the invention and spread of the internet we can “have our cake and eat it”. Whether you are a global conglomerate or a new start-up business we all start on an even keel. The cost of your domain name (www.yourbusiness.com – your online shop) and the cost of hosting (your online real estate rental) is pretty much the same. END_OF_DOCUMENT_TOKEN_TO_BE_REPLACED

Hold on to your hats Penangites!

One of the most hyped parties of the year heads your way this weekend!

That’s right, this year the H-Artistry ‘The Global Art of Mixing’ will be kick-starting its 2011 series at Voodoo, Penang on 28 April 2011 before heading down to The Opera, Sunway Pyramid two days later on 30 April 2011.

True to the spirit of ‘The Global Art of Mixing’, new zones such as the Hennesy iMix Challenge for iPad enthusiasts and the Hennesy Music Mix Synth booth will be featuring alongside its trademark Hennesy Mixing Bar.The Hennesy Interactive Photowall is also upgraded this year to allow guests to choose different visual backgrounds and enhance their photos digitally.

They’ve also tapped into the trend of the decade called ‘social media’ and now have new radio-frequency identification (RFID) wristband. This wristband allows party-goers to log on to Facebook and update their statuses whenever they scan their wristband onto a RFID reader located at each Hennesy Mixing booth. George Orwell would be proud!

On the music front, headlining the night will be Vandalism, the Australian electro/house duo of DJ/Producer Andy Van and vocalist/songwriter Cassie Van. Conquering the stage alongside them are Malaysia’s ever present, up and coming rock sensations, Kyoto Protocol and the DJ duo from Spinderella (Miss Eva T and DJ Lizz) who will who will invade our souls with their signature club, electro, and house tunes..

Mixing the perfect blend of sound and alchohol, the H-Artistry party is definitely going to be a night to remember… ’em or possibly not.

I came across this great article which reflects my own experiences back in England many years ago before I started “What’s On Penang” . I was introduced to local history through my interest in architecture and through various societies delved into the history of these buildings and the people that lived there over the past 250 years. It was the connection to real people and my imagination wondering how they lived and their real life situations they faced that piquéd my interest. This article from U-Jean is well worth the read- enjoy.

What Arts Ed and MyBalikPulau is all about

If you and I are of the same generation (born year 1988), plus minus a few years, you would probably agree that our History education sucks.

Mindless memorisation of useless facts, overemphasis on naming the correct years and characters, uncreative and dreadful learning experience, and the oh-so-clearly disproportionate reading of “world” history, all for the sake of getting an A for the SPM History paper.

Coming from top school in Penang where we were groomed for As by practicing on revision books, trial papers, forecast papers, and past-year papers, I got my very well-deserved A.